Just for Fun, The Mom Thing

How to Win Gold in the Every Year Parentlympics 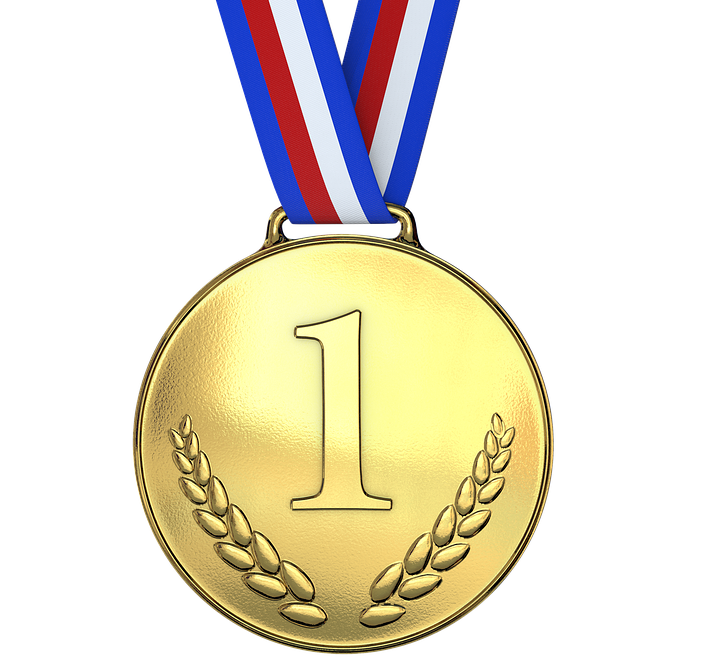 As parents, the sport of bringing up kiddos is a lifelong journey. We won’t know whether our intense training and performance efforts are podium worthy until crossing the finish line. As in, the finish line.

While the Olympics are every four years, Parentlympics start with the cutting of the umbilical cord and don’t end until God calls us home or our kids stop answering our calls, whatever comes first.

And if God hangs a medal around our neck we won’t care what color it is, as long as He is proud Click & Tweet! . His approval will be reason enough for us to strike a Bolt pose while listening to an angelic choir of angels sing our spiritual anthem.

Parentlympics are not for the feeble. We can count on never-ending routines on the uneven bars of sanity. At any moment we risk stepping outside the lines or falling off the apparatus of stability; each misstep a deduct from our highest potential.

But the key is to keep pushing forward and chalk up our failures as stepping-stones to success. Which I have learned over time is a grueling emotional task.

Observing the commitment, resolve, mental stamina, and dedication of these Rio athletes reminds me of the war of emotions I have waged through raising my lovelies. However, their toughness also leaves me feeling jaded and frayed.

These cut and chiseled warriors fight through blood, sweat, and tears giving everything they have. Meanwhile I sit on my comfy couch nursing and whining about lower back pain and multi-joint arthritis. Injuries sustained from strenuous events like bending over to get something out of a bottom cabinet and trying to unscrew a new jar.

I console myself with the fact the athletes are mere kids and young adults full of vim and vigor, and I’m, well, getting olderish.

Unfortunately, the solace in regards to age comparison is short-lived thanks to NBC highlighting one particular athlete from Uzbekistan. I tuned in to watch Simone Biles compete for individual gold, but before she took the floor, NBC shared a feature story on another woman ready to do a gymnastics vault routine. Before I could verbalize my initial thought – a confused, “boy, she kinda looks my age,” – the announcer says, “Meet Oksana Chusovitina, she is competing in her seventh Olympics at age 41.”

Really lady? You have to do this?

Yes, of course I’ll clap for you and tout your bravery. Your prowess to perform still is nothing short of miraculous. However, I have to be honest in saying you aren’t doing us middle-agers any favors here. I can’t even refrain from eating a Dove chocolate when walking within a 25-foot radius of knowing one’s available, let alone have the self-control to train for the flip-flopping Olympics during perimenopause.

As if knowing Mrs. 41 dedicated twenty-eight years of her life to jumping, flipping, flying, spiraling, balancing, and landing wasn’t enough insult to my out of shapeness, she proceeded to perform a vault landing that made my knees throw up. The barbaric force and awkwardness in which she hit the mat would have blown both my kneecaps off, leaving ligaments and bone fragments littered across the arena.

Never mind how she can twist and contort her four-decade frame through the air and land without injury, the real question is why?

And I mean that with the utmost respect and admiration because I believe the attribute puts us all in good company. If we aren’t crazy as parents, I don’t know what the definition of crazy is; albeit a good crazy. Click & Tweet!

Think about it. We willingly sign up for the world-renowned experience of parenting without any established training regimen and no end in sight. Once God blesses us with the miracle of creation, He just throws us in the pool of human molding with a belly laugh. Most of His instructions for us are lost in the muffle while we plummet to the bottom.

After twenty-two years of spawn rearing and now watching the Olympics in Rio, the water is starting to drain from my ears. The clarity is allowing me to recall some of what God spoke to me the day I took the plunge. His wisdom goes something like this,

“Swim a 1500m every hour followed by as many individual medleys as you can muster. Backstroke when you screw up (guaranteed gold winner), breast stroke when you nurse all those babies, butterfly when you feel an extra burst of energy and want to spread your wings (don’t expect a medal in this event), and freestyle parent as best you can in every given moment.

I promise you won’t sink. I’m always here to keep you afloat if you ask.

Most days I expect you to run 10,000m and only stop to pull a Michelle Carter when you are tired and need to sling the weight of the world off your shoulders. In between I want you to sprint to the doctor, school, work, practices, events, games, parties, and Church. Don’t worry if you are constantly forced into the slow lane because there’s still a chance you can set a world record in the mad-dashalon. You’ll learn how to win Wayde van Niekerk-style from your 74-year-old gramma coach.

It’s imperative you practice gliding effortlessly over the countless hurdles along your child rearing path. Don’t knock them over if you can help it. If you tip one or stumble, don’t look back. Eyes forward at all times focused on the race set before you.

Be prepared for ping-pong emotions, ‘rowing pains, demon wrestling, and digging spikes out of the sand. Fence in your dogs to avoid emotional disasters, and do your best to hit the mark in all your parenting duties. Never dive head first into murky waters, instead wait for the master Purifier to clean things up and offer guidance.

Monthly cycling only gets worse with age. I probably could have thought that one through better. My bad for sure. I wish I could promise smooth sailing, but many days will be a steeplechase causing you to kick, scream, punch, and lunge at others. It may seem like human love comes and goes in every set-ting, but my LOVE is always present.

While not every day can be a hole in one, take your best shot and don’t fret the small stuff. Because no matter what happens, I guarantee if you say Marco, I’ll always say Polo and be right near you.”

Without a doubt, Parentlympics is a grueling gig. Who cares if the results of our efforts are kept secret until the games are hosted in Heaven. Loving on our kids is an everyday victory. And Rio’s theme of Alma e Coração (heart and soul) captures the essence of why we continue to train harder, better, faster, owwww-er to reach our goal of parenting gold. 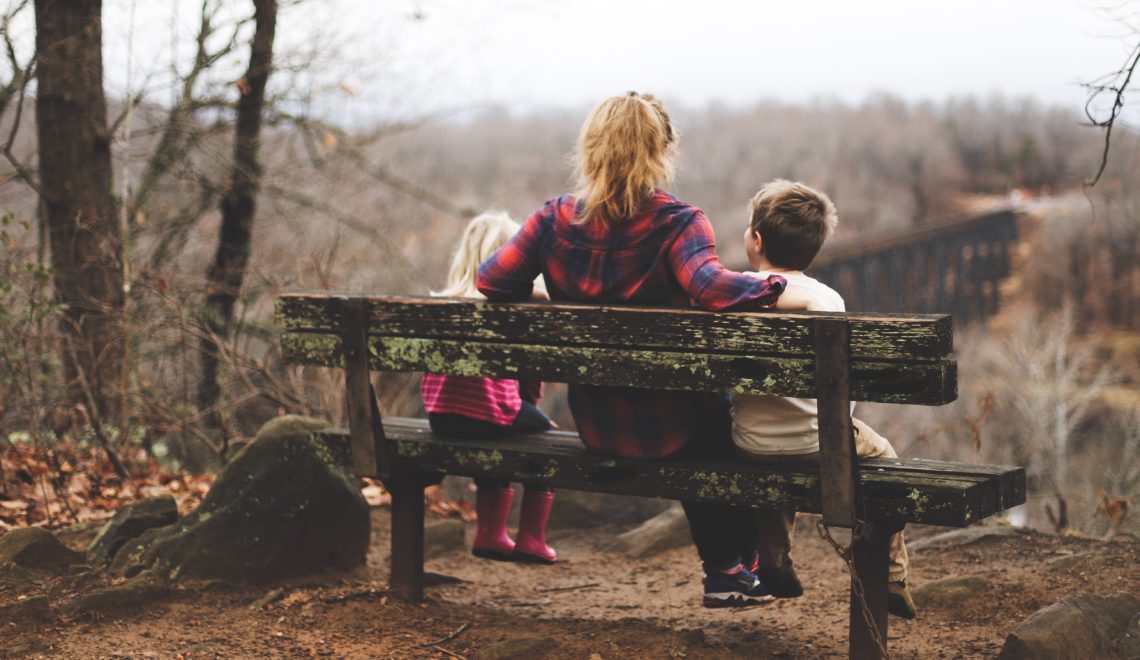 Grace, The Mom Thing
Wholehearted Parenting: The Gift That Keeps on Giving for Our Children 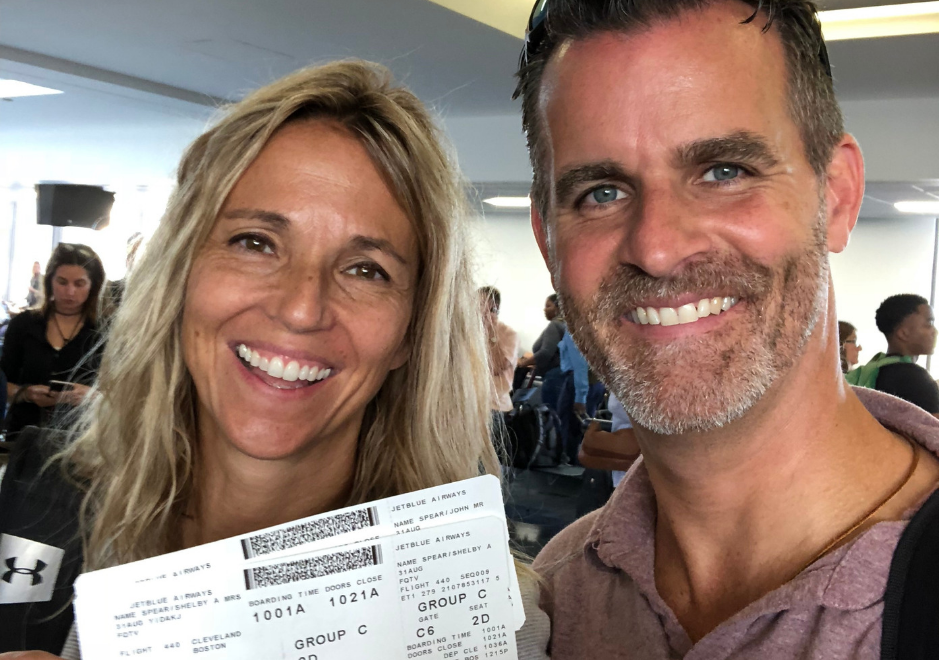 Empty Nesting, Marriage, The Mom Thing
The High Pay-Off of Spontaneity in Marriage and Parenting 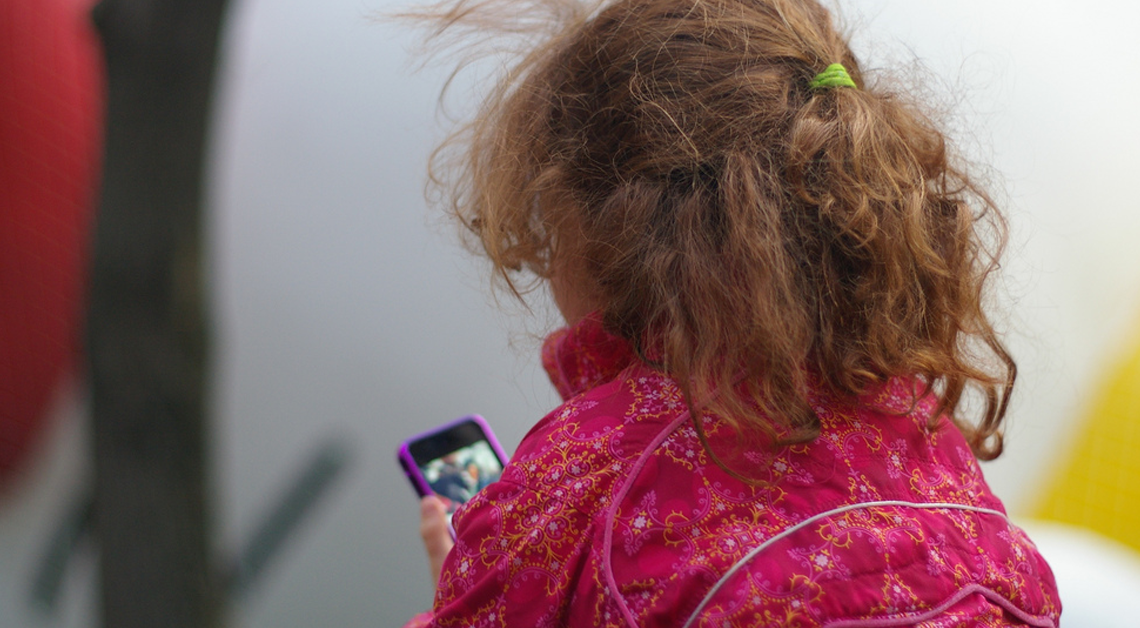 The Mom Thing
How is Our Obsession With ‘Instant Everything’ Affecting Our Kids?