Just for Fun, The Mom Thing

This Is Us: An IV Drip for Humanity 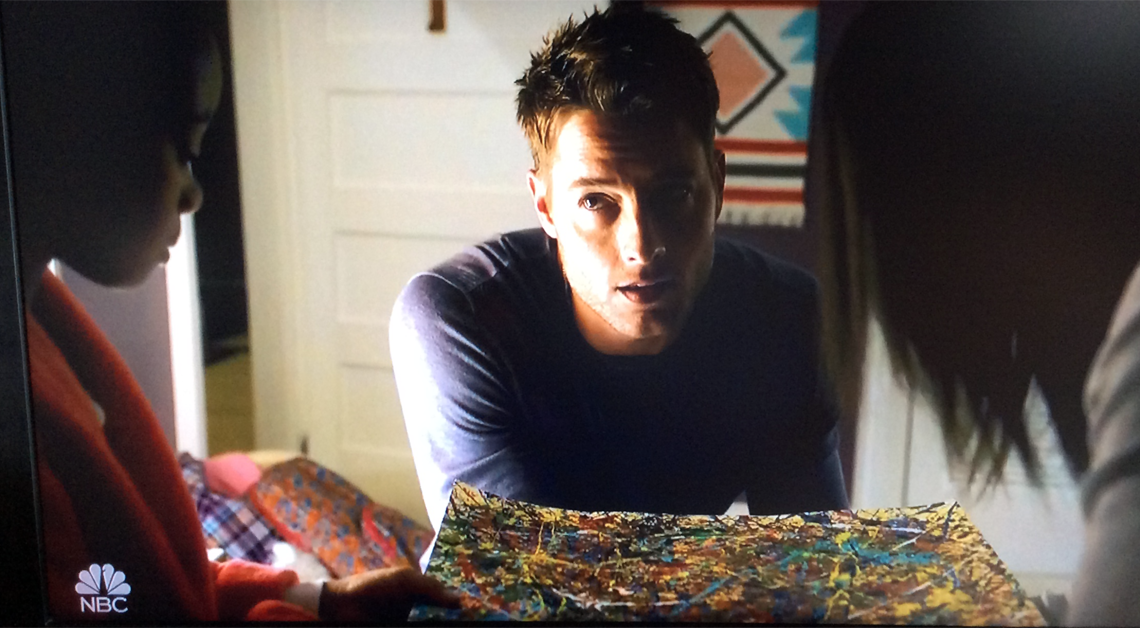 (Spoiler alert: Unless you have watched the entire first season of This Is Us, now is the perfect time to stop reading this article)

Maybe it’s because I’m pushing the half century mark that every nuance of humanity explored in the first season of This Is Us resonates with me. Regardless of the why, every scenario filters through my veins in one way or another. And based on my conversations with countless family and friends, I’m not alone. The genius of the writing captivates across the board.

Considering the state of our fallen world, the timing of a series bent towards respect for humankind in every sense of the word seems Holy ordained. Even if we lack first-hand exposure to certain walks of life, circumstances, or experiences, we’ve all been caught in the emotional crosshairs of differing perspectives, beliefs, judgments. Guaranteed. The show has an uncanny way of letting us know.

The producers of the show present real life with real people: experiencing life as a minority, supernatural twin connection, struggles with weight, ups and downs of marriage, homosexuality, forgiveness, drug addictions, miracle of childbirth, death of a parent, death of a child, the power of love, the anguish of fear, identity crisis, adoption, terminal illness, the minutia of blended families. And they address these common, everyday journeys with grace and dignity.

True empathy and love for another comes by way of taking the time to try to understand their innermost being. The knowing requires an open mind, free of judgment – a lost art in today’s cliff-note culture where labels predispose the heart of a person. This Is Us accomplishes the task on our behalf with poignant character development. The examples in season one are endless. But here are a few of my favorite gems.

Randall’s father, William, tenderizes me every episode. From the onset our emotions enter a tug-of-war between wanting to condemn him for abandoning his son and adore him for his humility and regret during his first encounter with his adult son. Then the writers of the show yank our heartstrings with William’s terminal prognosis.

Each week his gentle demeanor and kindness build, exposing a beautiful man who would have been an incredible father sooner had drugs not interfered with his life. But the brilliance of William’s character development, in my opinion, lies in the timing related to revealing his love relationship with another man. Had William been introduced as gay from the beginning, how many viewers would have allowed themselves to see him as a person in lieu of their bias? For those who define a person’s value based on sexual orientation, I hope the reverse order of exposing William’s homosexuality proves all people are worthy no matter who they love. William being gay does not negate any of the beautiful attributes of his soul.

The opposite approach of character progression was taken with Kevin. He’s gorgeous, ripped, and the lead role in a trashy sitcom called, The Manny. First inclinations could lead us to believe Kevin is shallow, indifferent, obtuse. But we begin to realize his sound inner compass when he quits The Manny by way of a brazen rant over the sitcom’s empty premise. Still, Kevin shows signs of whininess and appears flighty despite his love and dedication to his twin sister, Kate.

Then on episode five the writers throw a curve ball and use Kevin to explain the entire premise behind This Is Us, including the genius of the title. While describing to his young nieces the meaning of a watercolor canvas he painted, Kevin unearths his profound self-awareness and higher consciousness understanding of the meaning of life.

Every main character in the show is likable in a unique way. Toby has our hearts with his quick wit and sly charm from
word one. Jack slays us with his passion, transparency, salt-of-the earth tendencies. Kate moves us with her willingness to expose her real-life journey with courageous authenticity. As Anna Nalick would say, “She’s naked in front of a crowd. The script is her diary screaming out loud.” Literally. If we didn’t feel compassion for those struggling with weight before, but instead judged them as weak and undisciplined, this show better change us. If not, all isn’t well with our soul.

Randall’s keen awareness of his emotions and willingness to tackle life’s greatest challenges head-on keeps us honest and wanting more for him and ourselves. Beth exemplifies strength and deftness as both wife and mother, rooted in a deep love and desire to protect her family. Rebecca is a kaleidoscope of conflicting emotions. For a woman initially afraid and against having children, her genuine love for her kids proves being a mom was predestined in her DNA. Although her convictions about what’s right for her children appear somewhat skewed at times – off the mark with Randall – deep down she is trying her best, the most important gift any mother can offer her children.

The entire cast highlights a forgotten truth in today’s society: We haven’t a clue about the reality of any person travelling a life path different from our own unless we make a concerted effort to find out. Seeking to understand requires subjecting our ideas, perceptions, opinions, beliefs to honest scrutiny, i.e. humility and grace.

Failing to distinguish between what’s right or wrong, acceptable or unacceptable, loving or hateful in our evaluation of humanity is the real tragedy swallowing up our culture.

And This Is Us masters the art of weaving together individual lives to expose this plight.

Everyday life shows us what’s wrong with the world. This Is Us shows us what’s right. And with every drip of the IV we have an opportunity to heal our own brokenness, allow wisdom to dilute our ignorance, and build up courage to do our part in making the world a better place.

“All of life is a “coincidence of opposites” (St. Bonaventure), a collision of cross-purposes; we are all filled with contradictions needing to be reconciled. This is the precise burden and tug of all human existence.” – Richard Rohr

This is us, crazy Mommas!

A self-described “sappy soul whisperer and sarcasm aficionado,” Shelby is a wife of 26 years & mom of three 20-something kiddos. She has a deep love for Jesus and storytelling, and most days she muses in rhetorical wonder over what God was thinking when He put her in charge of three humans. Although God’s quick to remind her how capable she is, apparently He sometimes does so while crossing His fingers behind His back. You can read her stories around the web and in print at Guideposts.